When the initial SL-P came on the market in 2010 everybody trying this fin was amazed about the way the SL-P was allowing high performance sailing:

Easy, controlled, reliable but fast on all courses.

The characteristic was meeting the requirements of competition slalom sailors as well as sailors doing free-racing so that the fin found many customers.

The last years SL-P_r2 is very competitive for downwind slalom racing where acceleration and top speed on short distanced have priority. But the SL-P_r2 covered a range that was close to the SL-R (and we developed both with Peter Volwater based on the PWA-Slalom competition requirements) and some riders missed the “easy racing” characteristic of the “old” SL-P.

So we decided to transfer the favorite characteristics of the initial SL-P design to the SL-P_r3 but optimized the profile for less drag on downwind courses and made the base a bit wider for better load distribution and more options for the carbon layup.

The profile is on the safe side still allowing bigger AoA and is having a robust flow according to the CFD simulation done at the computer and tests in the “real world” on the water. By multiple optimization loops at the CFD-Tool we were able to significantly reduce the drag for smaller AoA resulting higher downwind speeds.

Finally a very versatile fin is available that can cover a huge range of conditions and sailing requirements. We offer different carbon-layups adjusting the fin characteristic to the requirements of our customer.

We produce in length, rake and stiffness based on the requirements given by customer.

Available in length of 30 to 56cm in Tuttle and DT.

A detailed surface area chart can be found in the “About fins” section. 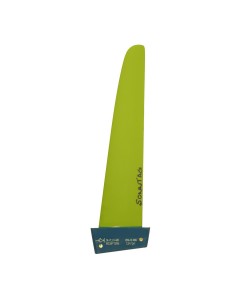 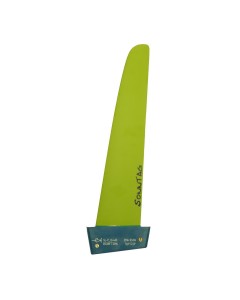