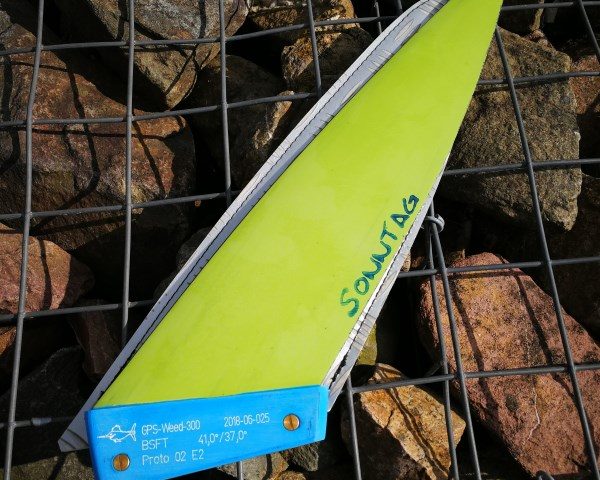 We got many requests from our Nordic neighbors for a weed fin design that works stable, fast and in a good balance under small to medium slalom and speed boards. We now finalized the development of our new fin model called GPS-WEED and release the design for series production.

The fin has a progressive leading edge curve causing forces that gets higher as more the weed shifts downwards. We can adjust the rake as requested, but we found very good performance with 41° rake close to the base. At this (base) rake the fin has around 45° rake in middle and 48° 20mm from the tip related to a 300mm (vertical) length.

We used a profile that is based on the very well approved GPS_6 design also showing in this new model excellent performance. 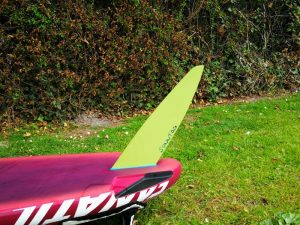 The fin creates sufficient vertical lift by just very low amount of geometric twist. The board’s nose position is in a medium position giving good control and not causing a sticky feeling when sailing on very flat water. The fin induces a nice center-point feeling during the speed run and never shown tendencies to stall or to spin-out.

The fin can actually be produced in sizes of 21 to 30cm with Tuttle base.